The Occupational Safety and Health Administration has issued new regulations regarding drug testing, inactive programs and accident reporting.  These became effective August 10, 2016 for all employers.  The main thrust of these regulations is that employers may no longer automatically require drug testing following an accident in the workplace; incentive programs are now considered an “adverse action” and unlawful and employers will now be required to submit recordable injury and illness data from their Form 300A electronically by July 1, 2017 and each year thereafter.

The drug testing prohibition is very broad under these OSHA regulations as they explained that they believe “post-accident” or “post-incident” drug testing (done in a “blanket” fashion) deters proper reporting by employees and therefore is unlawful under OSHA regulation.  The agency went on to explain that not all post-accident drug testing is disallowed, but post-accident testing should be limited to situations in which employee drug use is likely to have contributed to the incident, and for which the drug test can accurately identify impairment caused by drug use.  OSHA cited several examples, including saying that it would not likely be reasonable to drug test an employee who reports a bee sting, a repetitive strain injury or an injury caused by lack of machine guarding or malfunction.  In other words, ladies and gentlemen, you need to analyze each accident independently and determine whether it seemed reasonable that there is some other force or factor at work which might include drugs and alcohol before sending am employee for a test.

New incentive program regulation focus on whether employees are punished for reporting an injury.  OSHA believes that denying an “incentive” based on reporting an injury is a form of retaliation.   This position is consistent with former OSHA rulings but goes further in widening the prohibition even when the incentive programs are part of a broader compliance program.  Because an employer cannot take adverse action against an employee for reporting a work related injury or illness, the incentive programs are seen as a deterrent to that reporting and therefore are no longer allowed.  OSHA’s interpretation noted that this would prohibit programs in which employees are denied a benefit on the basis on any injury of illness report, and/or where an entire shift loses a safety bonus due to a single employee being injured.  On the other hand, OSHA explained that incentive programs may make a reward contingent upon whether employees correctly follow legitimate safety rules, rather than whether they report any injuries or illnesses.  This may be a matter of semantics but we are going to have to wait and see.  OSHA also announced new retaliation rules and noted that OSHA compliance officers may now issue citations to employers who discipline workers for reporting injuries and illnesses when it is believed that no legitimate workplace safety rule had been violated.  One major concern is that OSHA compliance officers have no formal training in employment discrimination law, but will now have the authority to issue citations based upon perceived retaliation in the workplace.  Prior to this such retaliation and complaints were investigated by specialized investigators following a complaint by the employee.

Finally, the electronic submission of recordable injury data is not by itself a substantial concern other than to note that it must be done.  However, another aspect of the regs makes the information public, so that employees and “other interested parties” will be able to access the company’s safety records and reports even though they will be without names.  The information will now be available on-line.

I strongly recommend that employers have their employee handbooks, their OSHA practices and drug testing policies reviewed by legal counsel following the implementation of these regs in order to make sure that they are in compliance and running as little risk as possible.  OSHA appears to be following the trend set by the National Labor Relations Board in branching out and enacting regulations to allow greater regulatory citations against employers. 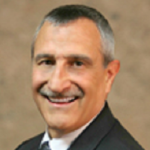 These materials have been prepared by Cohen Durrett, LLP for informational purposes only and are not legal advice. Because the results of any legal matter may vary depending upon specific facts and applicable law, no reader should act on the basis of any matter contained on this web site without seeking appropriate professional advice on the particular facts at issue. No prediction of results should be inferred from information contained on this web site.  This information is not intended to create, and receipt of it does not constitute, an attorney-client relationship. Internet subscribers and online readers should not act upon this information without seeking professional counsel. Do not send us confidential information until you speak with one of our attorneys and get authorization to send that information to us.

Plan Your Trip to the New Golden1 Center

Let’s All Give On Big Day of Giving!